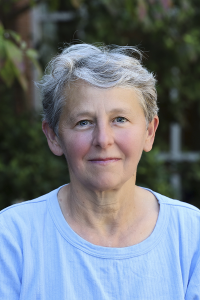 Before coming to Oregon Law’s Nonprofit Clinic, Beatrice Dohrn’s law work was exclusively for nonprofits. After a NY State Court clerkship, she was a staff attorney and then a supervisor at The Legal Aid Society of New York. She later became the Legal Director of Lambda Legal. Her tenure at the nation’s leading LGBT rights organization was a time of immense progress. It included cases that ended the criminalization of same-sex intimacy, challenged “Don’t Ask, Don’t Tell,” and fought for lesbian and gay co-parents and their children. Also under her leadership, Lambda initiated its battle for marriage equality. She rejoined Lambda’s marriage team through the Supreme Court’s decision in 2015.

Dohrn is an experienced woodworker and furniture designer. Upon moving to Oregon, she undertook designing and building a unique green house outside Eugene. Working with one helper, it took four years to complete.