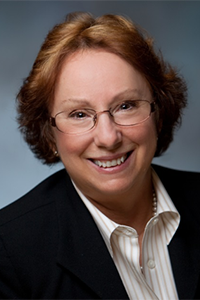 ulianne Davis began her legal career as a law clerk to the Honorable James A. Redden, United States District Court Judge for the District of Oregon.  After completing her clerkship, she entered private practice concentrating on commercial litigation.  When John Frohnmayer was appointed by George H.W. Bush to be chairman of the National Endowment for the Arts (the ”NEA”), he invited Julianne to join him in Washington, D.C. where she served as General Counsel for the federal agency.  Her tenure with the NEA exposed her to many aspects of intellectual property law, and once she returned to private practice she leveraged that knowledge, along with her considerable trial experience, to become an IP lawyer with a concentration in patent litigation.  She spent nearly six years with Nike, managing the company’s patent litigation on a global basis.  Julianne completed her undergraduate studies at the University of Oregon in biology and chemistry, and received her J.D. from Northwestern School of Law at Lewis & Clark College.