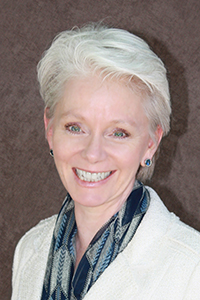 Biography: Judy Giers began her career in 1990 as a law clerk for William L. Richardson at the Oregon Court of Appeals.  She entered private practice 1992 as an associate with Harrang Long, PC, in Eugene, Oregon, practicing trial and appellate law.  She became a partner there in 1996, managing the complex appellate practice.  In 2000, she left the firm to teach full-time at UO Law.  She went back into practice in 2004 with Hershner Hunter, LLP, focusing on trial and appellate practice.  In 2007 she opened her own specialty appellate practice with her partner, David Olsson.  In 2011 she became in-house general counsel to a long-time client that was forming Oregon’s first Coordinated Care Organization.  In 2014 she joined the Oregon Department of Justice as the Deputy Chief Counsel of the General Counsel Division.  There she worked in tandem with the Chief Counsel to manage the work of the one hundred fantastic lawyers in the General Counsel Division, to advise the State of Oregon’s administrative agencies and the Governor’s Office, and to coordinate the Department’s legal advice related to the newly state-legal marijuana industry.  She retired from Oregon DOJ in 2019.