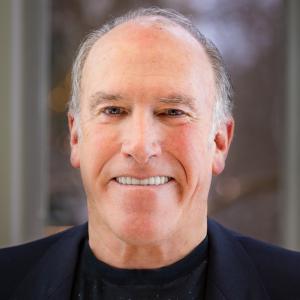 John McCormack received his B.S. in Mechanical Engineering from Oregon State University in 1967 and graduated from American University Washington College of Law in 1973. During law school, he worked as an Examiner in the U.S. Patent and Trademark Office (USPTO) and then for a Washington, D.C. intellectual property law firm. In 1976, he joined Kolisch Hartwell, an intellectual property law firm with offices in Portland, OR and Palo Alto, CA. He was a partner in the firm for many years, known then as Kolisch, Hartwell, Dickinson, McCormack and Heuser. He is now of counsel with the Portland, OR intellectual property firm of Kolitch Romano. An interesting sidelight of Kolitch Romano is that two of the firm’s partners were formally law students of John’s at the University of Oregon School of Law.

John has dedicated the major part of his practice to patent and trademark matters, including litigation and prosecution to assist clients in obtaining and maintaining protection of their intellectual property. He argued before the U.S. Supreme Court on behalf of respondent in the leading trademark case of Park 'N Fly, Inc. v. Dollar Park and Fly, Inc., 469 U.S. 189 (1985). The case is included in virtually all trademark and unfair competition law casebooks used in American law schools, and is cited as controlling precedent in numerous federal court decisions over the years.

He has argued cases before the Court of Appeals for the Federal Circuit in both patent and trademark cases. He obtained affirmance of a judgment of non-infringement on behalf of the defendant in the patent case of ACCO Brands, Inc. v. Micro Security Devices, Inc., 346 F.3d 1075 (Fed. Cir. 2003). He has argued before federal courts in California, Washington, Oregon, Illinois, and Ohio. He has also argued cases before the PTO Board of Appeals and the PTO Trademark Trial and Appeal Board.

On behalf of a client, John prepared and filed a patent application in the USPTO and then successfully prosecuted the case to allowance for what is reportedly the country’s largest system for moving a land-based oil rig and associated support modules. The invention, entitled Method and Apparatus for Transporting and Steering a Load, is directed to a so-called “walking machine” adapted for oil field exploration, and is used extensively on the North Slope in Alaska. The invention is subject of U.S. Patent No. 6,581,525, and issued on June 24, 2003.

He is a member of The State Bar of California, District of Columbia Bar and numerous federal appeals and district courts. He is registered to practice before the United States Patent and Trademark Office. John is fluent in Spanish and was awarded a Fulbright Scholarship to teach in Ecuador in 2005-2006.