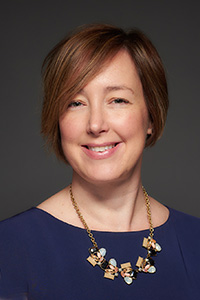 Rebecca Ivanoff joined the University of Oregon School of Law in February 2016.  She served as Associate Director for Career Planning and Professional Development before being named Assistant Dean of that department in December 2017.  As an Oregon native and Oregon Law graduate, Rebecca has deep ties to the local community and brings a breadth of experience to her position.  She began her practice as a business litigator with Miller Nash Graham & Dunn, LLP, in Portland, Oregon, before joining the Lane County District Attorney’s Office as an Assistant District Attorney.  There, Rebecca specialized in domestic violence prosecution and, later, managed the Juvenile Department where she handled a major crimes caseload, prosecuting cases ranging from sexual assault to arson.  As a law student, Rebecca clerked for the Los Angeles County District Attorney’s Office in the Hardcore Gang Unit and also served as an extern for the Honorable Charles M. Zennaché.  In addition to her work with students, alumni, and employers in her role as Assistant Dean, Rebecca volunteers as a Pro Tem Judge for the Lane County Circuit Court, serves as Chair of the Oregon State Bar Diversity Section’s Executive Committee, and is an active member of the Lane County Women Lawyers’ Steering Committee.