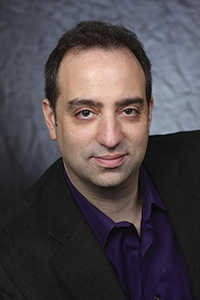 Eric Priest researches in the area of intellectual property law, with a focus on copyright law in the information age and creative industry ecosystems in the U.S. and China. Professor Priest currently serves on the U.S.-China IP Cooperation Dialogue, organized by the U.S. Chamber of Commerce and Renmin University in China. The Dialogue is a multi-round interchange between U.S. and Chinese experts on the most challenging intellectual property issues facing China. The National Committee on U.S.–China Relations named Professor Priest a 2014–2016 Public Intellectuals Program Fellow. From 2006–2007, he was a fellow in residence at the Berkman Center for Internet & Society.

Before entering the law field, Professor Priest spent a decade as a music producer and songwriter with a couple of gold and platinum credits by obscure European artists. Since 1999, he has worked sporadically in the Chinese music industry as a consultant, Web entrepreneur, songwriter, and producer. Most recently, he wrote and produced the theme song for the Chinese television drama 'Emotional Barcelona' (情陷巴塞罗那).