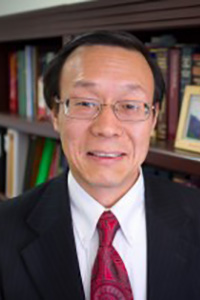 Mr. Wang began his college studies in China, attending Yanan University in Shaanxi Province.  In 1988, he moved to Seattle, Washington to study at Seattle University, and received his Bachelor of Arts degree in English in 1991.  Mr. Wang then relocated to Eugene, Oregon in 1995 to pursue his law studies at the University of Oregon Law School. He received his Doctor of Jurisprudence degree in 1998.

Immediately after graduating from law school, he began his law practice as an associate attorney with a reputable local law firm, Luvaas Cobb Richards and Fraser, where he clerked while he was in law school.  As an associate at the firm, he assisted the firm’s partners in conducting legal research, representing clients in court proceedings and preparing legal documents. At the same time, he began bringing in immigration clients on his own.  Mr. Wang decided to start an immigration law practice for two reasons. First, it was due to his background as someone who was born and grew up in China. He had personal experience with U.S. immigration law before he attended law school and knew he could utilize that experience to benefit his clients.  Second, he wanted to develop a legal practice that expanded the firm’s portfolio. With the help of the lawyers at the firm as well as immigration lawyers in the community, he gradually built up an immigration law practice at the firm.

In 2002, Mr. Wang established his own law firm, Benjamin Beijing Wang, P.C.  He has focused his practice on all aspects of U.S. immigration law, representing clients who live in Oregon, other states and other countries.  He helps families with children stay together in the U.S. He assists businesses in hiring and retaining highly qualified employees. He has appeared with clients before the Immigration Court and successfully defended clients from being deported.  He has assisted clients in filing appeals with the Board of Immigration Appeals and the 9th Circuit Court of Appeals.