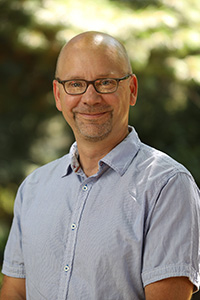 In February 2021, Dotson accepted the position of Democratic Chief Counsel for the U.S. Senate Committee on Environment and Public Works. The Committee has legislative jurisdiction over environmental protection, national climate change policy, and federal programs for investment in infrastructure.

Dotson served as U.S. Rep. Henry A. Waxman’s lead energy and environmental policy staffer from 1996 until 2014. During his time on the Hill, Dotson was the lead staffer on the American Clean Energy and Security Act of 2009 (the Waxman-Markey Bill), a comprehensive climate change and energy bill that passed the House of Representative in June 2009. He also worked on the American Recovery and Reinvestment Act of 2009, the Energy Independence and Security Act of 2007, the Energy Policy Act of 2005, the Safe Drinking Water Act Amendments of 1996 and the Food Quality Protection Act of 1996 among other laws. Dotson was also engaged in congressional oversight and investigations, including numerous high-profile inquiries into political interference with climate science, the BP Deepwater Horizon disaster, hydraulic fracturing, and the energy market abuses of Enron.

In June 2014, Dotson joined the Washington, D.C.–based multidisciplinary think tank the Center for American Progress (CAP) as its Vice President for Energy Policy. In that role, Dotson oversaw the international and domestic energy and environmental policy work of the center. Dotson authored policy papers and opinion editorials, hosted panel discussions of experts and government officials, and testified on energy and environmental policy before the U.S. House of Representatives, the U.S. Senate, and the Environmental Protection Agency.

Dotson graduated from the University of Oregon School of Law in 1995 with a concentration in environmental and natural resources law. He earned his undergraduate degree from Virginia Tech.

For all of Greg’s work, please check out his SSRN page.