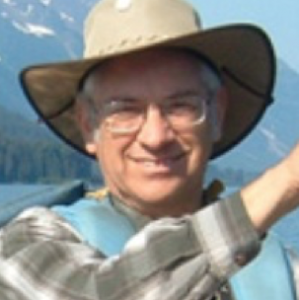 In recent years he has devoted much of his efforts to promoting environmental law around the world. For example, he is:

Communications and Team-Building in a Bilateral University Partnership, Linkages, online journal of the Institute of International Education (New York, 2006)

Is There a Perspective of Environmental Democracy in Europe? 18 Envir. Advocacy J. 12 (Ukraine, 2002) (in Ukrainian)

Broadening 'Standing to Sue' for Citizen Enforcement in Proceedings of Fifth International Conference on Environmental Compliance and Enforcement (Monterey, 1999)

Synopsis, chapter in book, Doors to Democracy, A Pan-European Assessment of Current Trends and Practices in Public Participation in Environmental Matters (REC, Budapest, 1998) (in English)

The Evolution of 'Technology-Forcing' in the Clean Air Act, Envir. Rptr. Monograph (1975) (introducing the theory of 'technology forcing' to U.S. law)

Report of the Chicago Riot Study Committee to Hon. Richard J. Daley, part of chapter on Cook County Jail in report by the Committee (1968)

Speaker on human rights and the environment at two seminars, Waseda University, Tokyo, Japan, May 7, 2009

Lecture on human rights and the environment to Secretary General and legal research staff of the Korea Constitutional Court, May 6, 2009

Lecture on human rights and the environment to Director and research staff of the National Human Rights Commission of Korea, May 6, 2009

Speaker on human rights and the environment at six seminars organized by different law schools in Seoul, Korea, April-May 2009

“The Aarhus Convention and Access to Justice,” Academy of Judges, Paris, France, May 5-7, 2008

“Presentation on Access to Justice,” Plenary Session, Second Meeting of Parties of the Aarhus Convention, Almaty, Kazakhstan, May 26, 2005