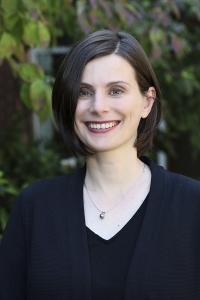 Professor Reynolds has received the University of Oregon's Ersted Award for Distinguished Teaching and the law school's Orlando J. Hollis Teaching Award. She is the Faculty Director of the nationally ranked Oregon ADR Center, which in June 2016 received the Ninth Circuit Award for Excellence in ADR Education.  She has served as the national chair of the ADR Section of the Association of American Law Schools and is an active blogger for the ADR professor blog, indisputably.  In 2016, Reynolds served as the interim ombudsperson at the University of Oregon.  Currently she is the co-chair for the Legal Education Policy Committee for the ABA Section on Dispute Resolution.  During academic year 2017-18, she was a visiting professor at Harvard Law School, teaching civil procedure; narrative mediation; criminal-side ADR; and a reading group on critiques of alternative processes.

Before law school, Professor Reynolds worked for seven years as a systems analyst and associate director for information technology at UT Austin. After law school, Reynolds was an associate at the Atlanta office of Dow Lohnes PLLC, working primarily on First Amendment and employment cases. She joined the faculty at the University of Missouri School of Law as a Visiting Associate Professor in 2008 before joining the Oregon faculty the following year.

The A is for Activism, in The Negotiator’s Fieldbook: The Desk Reference for the Experienced Negotiator (2d ed.).

The Case for Compromise (book review of The Spirit of Compromise: Why Governing Demands It and Campaigning Undermines It, by Amy Gutmann and Dennis Thompson), 20 No. 1 Disp. Resol. Mag. 35 (2013).

Elected Co-Marshal for Class of 2019)

Board of Advisors Faculty Achievement Award, University of Missouri School of Law (2008-2009)

Alternative Dispute Resolution and Judicial Reform in Ghana and Beyond (discussion with Georgina Wood, Chief Justice of the Supreme Court of the Republic of Ghana), U.S. District Court of Oregon, Eugene, OR (Nov. 1, 2016).

Thoughts on Erskine’s ‘The Moral Obligation To Be Intelligent, Great Books Project for the Opportunity Village of Eugene, Eugene, OR (Aug. 9, 2016).

The History of ADR, Great Books Project at the Opportunity Village of Eugene, Eugene, OR (Aug. 13, 2014).

Managing Conflict in the Workplace (Professional Women’s Forum, Eugene, OR) (2011).

Supreme Court Wrapup (2009 ACS Event at the University of Oregon School of Law, Eugene, OR).

What Does (or Should) an Ombudsman Do? Reflecting on the Ombudsman Role in Environmental Dispute Resolution and Beyond (2009 Fireside Chat Series, ENR Center at Oregon Law).