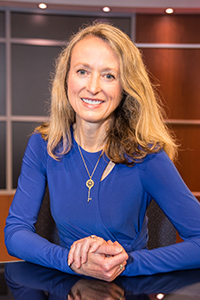 Kelly A. Zusman is the Criminal Division Chief for the United States Attorney’s Office in the District of Oregon. She is a graduate of the University of Oregon School of Law (1989). Following federal district court and appellate court clerkships, she joined the Department of Justice and has worked in the civil and criminal trial divisions, also serving as the office’s Senior Litigation Counsel and Appellate Chief.

Kelly teaches advanced appellate advocacy at the University of Oregon School of Law’s Portland campus. She also teaches writing, editing, evidence, trial practice, appellate practice, and criminal discovery at the National Advocacy Center in Columbia, South Carolina. She has authored a handbook on federal appellate practice, and she has published numerous articles for the Department of Justice’s Law Journal.

She has previously served as a Ninth Circuit Lawyer Representative to the Judicial Conference, and is a current Member of the Board of Directors of the Pioneer Courthouse Historical Society. She has received two Attorney General Director’s Awards for Outstanding Appellate Advocacy (2013 & 2018), and the FBA’s James M. Burns Federal Practice Award (2011).