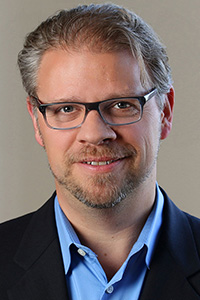 Michael Moffitt has been a member of the Oregon Law faculty since 2001. He served as Dean of the Law School from 2011 through 2017. Professor Moffitt has published more than two dozen scholarly articles on mediation, negotiation, and civil procedure. He co-edited The Handbook of Dispute Resolution, an award-winning compilation of 31 original chapters by leading scholars and practitioners in the field. He also co-authored the innovative, student-focused book, Dispute Resolution: Examples & Explanations. His most recent article, Settlement Malpractice, published in the University of Chicago Law Review, won the prize for best article of the year by both the Association of American Law Schools Section on Professional Responsibility and the AALS Section on Dispute Resolution.

Professor Moffitt has won teaching awards from the law school and from the University of Oregon. Before coming to Oregon Law, he served as the clinical supervisor for the mediation program at Harvard Law School and taught negotiation at Harvard and Ohio State. Following a federal judicial clerkship, he spent several years with Conflict Management Group, consulting on negotiation and dispute resolution projects in about twenty countries around the world. He recently served as the Roger D. Fisher Visiting Professor in Negotiation and Conflict Resolution at Harvard Law School, where he led the Negotiation Workshops for two years. He is a devoted but mediocre snowboarder, an aggressive tennis player, and a happily exhausted parent.

The Four Ways to Assure Mediator Quality (and why none of them work), 24 Ohio State Journal on Dispute Resolution 191 (2009).

Schmediation and the Dimensions of Definition, 10 Harvard Negotiation Law Review 69 (2005).

Will This Case Settle? An Exploration of Mediators' Predictions, 16 Ohio State Journal on Dispute Resolution 39 (2000).

Learning to Learn to Negotiate: An Action Science Perspective, (with Scott R. Peppet), in The Negotiator's Fieldbook, (C. Honeyman and A. Schneider, eds.) (2006).

Contingent Agreements: Agreeing to Disagree about the Future, 87 Marquette Law Review 690 (2004). Updated and reprinted in The Negotiator's Fieldbook, (C. Honeyman and A. Schneider, eds.) (2006).

The Law of Bargaining, 87 Marquette Law Review 838 (2004), co-authored with Russell Korobkin & Nancy Welsh. Updated and reprinted in The Negotiator's Fieldbook, (C. Honeyman and A. Schneider, eds.) (2006).

Which is Better, Food or Water? The Rule of Law or ADR?, Dispute Resolution Magazine 8 (2010).

The Wrong Model, Again: Why the Devil is Not in the Details of the New Model Standards of Conduct for Mediators, Dispute Resolution Magazine (Spring 2006).

What Me Liable? A Checkup for Mediators, Dispute Resolution Magazine 25 (Summer 2003).

An Introduction to Transparent Mediation, in Alternatives: CPR Institute for Dispute Resolution (June 1998).

Awarded the Fred C. Zacharias Memorial Prize, 2020. Awarded to the best scholarly article of the year by the Association of American Law Schools Section on Professional Responsibility, for Settlement Malpractice, 86 University of Chicago Law Review 1825 (2019).

National Symposium on Dispute Resolution in Special Education, The Four Ways to Assure Mediator Quality (and why none of them work), October 2011, Eugene, OR.

Oregon Trial Lawyers Association, The Psychology and Economics of Settlement, April 2011, Portland, OR.

Harvard Law School, Program on Negotiation Dispute Resolution Forum, The Four Ways to Assure Mediator Quality (and why none of them work), February 2008, Cambridge, MA.

Yale-Quinnipiac Dispute Resolution Speaker Series, What We Think and What We Say: An Exploration of Mediator Transparency, April 2005, Hamden, CT.

Law and Society Association Conference, Canon of Negotiation Initiative: What Did We Get?, May 2004, Chicago, IL.

Oregon Mediation Association Annual Meeting, How to Get Sued (Or Not), November 2002, Portland, OR.

The Northern Kentucky University Labor-Management Conference, Transparency in Mediation and Negotiation: The Pros and Cons of Speaking Your Mind, May 2000, Newport, KY.

The Society of Professionals in Dispute Resolution Annual Conference, Panel: Ethics in Mediation, October 1998, Portland, OR.