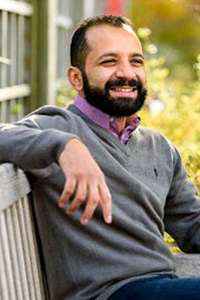 While attending law school, Mohamed was an editor of the Minnesota Journal of International Law. After graduating, he clerked for Judge David S. Doty at the United States District Court, District of Minnesota. He has practiced law in Asia for K & L Gates and in North America for Davis Law Office. Mohamed has over 18 years of experience in law, education, customer service, budgeting, sales, marketing, and management. He also volunteers at Volunteer Lawyers Network in Minnesota counseling pro-bono clients on bankruptcy matters.

Mohamed will be able to bring his personal experience as an LL.M. student, his skills, and his credentials to this position. He mentioned that part of the reason he became a lawyer was a desire to make the world a better placed and providing access to legal education is the best way to do so.