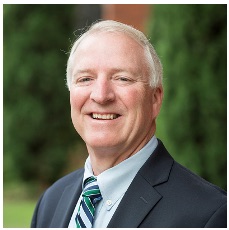 Larry Schucht
Professor Schucht is an adjunct professor who teaches workers’ compensation law. He graduated with a BS in business administration from the University of Nebraska at Kearney in 1982, and with a JD from Creighton University in 1986. He has worked as an attorney at SAIF Corporation since 1989, and has been a member of the Oregon State Bar since 1986, specializing in workers’ compensation. In addition to working with SAIF, he worked at Bottini, Bottini & Lehner and at Stoel Rives Boley Jones & Grey.
Professor Schucht has contributed to the Oregon State Bar’s Workers’ Compensation CLE handbook in 2000 and 2008 and has spoken on several occasions before the Workers’ Compensation Section annual meeting at Salishan, most recently in 2020 and 2021. In September 2015 he was a speaker at Oregon Law Institute through Northwestern School of Law on The Future of Workers’ Compensation. In September 2016, he chaired and presented Effective and Ethical Communication in Workers’ Compensation Matters before the Oregon State Bar. In 2018 he authored Alternative Dispute Resolution in Oregon, Chapter 17, State Agencies.
Professor Schucht has been an adjunct professor at University or Oregon law since 2015. He has also been an adjunct professor at Willamette University College of Law. In May 2015, he was awarded the Workers’ Compensation Section Professionalism and Service Award.