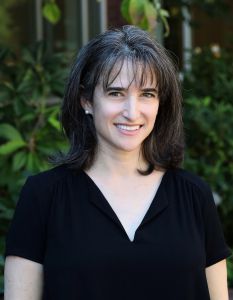 Joan Rocklin earned her undergraduate degree from Williams College and her J.D. from the University of Pennsylvania School of law, serving as an editor of the University of Pennsylvania Law Review and graduating Order of the Coif. Professor Rocklin clerked for Senior Judge William W. Schwarzer, working on cases from the Ninth Circuit, the Third Circuit, and the Northern District of California. Afterward, she returned to her home state of New York, working in the litigation department of Paul, Weiss, Rifkind, Wharton & Garrison. There, she worked on complex international litigation, often involving allegations of anti-trust violations and fraud.

At Oregon Law, Professor Rocklin has taught Legal Research and Writing I and II and several upper level writing classes including Intensive Writing, Legal Drafting, and a class that prepares students for the Bar. In 2015, she was awarded the School of Law’s Orlando J. Hollis Award for excellence in teaching.

She is co-author of two textbooks: A Lawyer Writes and An Advocate Persuades. The texts introduce students to the fundamental analytical and writing skills that the students will need when they begin practicing law. Students have been known to become unusually attached to the books, bringing them not only to their legal writing classrooms, but also to their externships and clinics, to their summer jobs, and to their first full-time jobs as practicing lawyers.